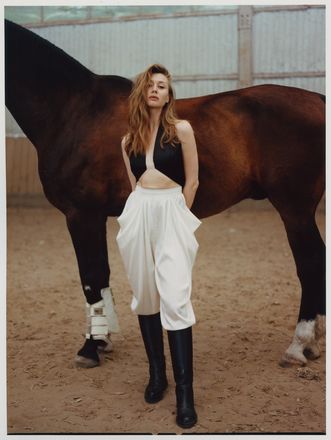 Yuliia Shchelkonogova was a professional make-up artist before the war, and since February 24, unexpectedly for herself, became a volunteer. During these months, Yuliia was involved in rescuing animals, helping the elderly, children, military personnel and everyone she could, completely changing her life and field of activity. Currently Yuliia is an important part of the charity foundation "Trinity" and continues to relentlessly and systematically help those who need it.

I was born in Donetsk region and have been living in Kyiv for the past 14 years working as a make-up artist. Before the beginning of the invasion, this work was my whole life, I lived by it. Now everything has changed, both my life and what I do with it.

Until February 24, I had no experience of volunteering - except, of course, some help to friends who were on the Maidan during the Revolution of Dignity. The war changed everything. My work has stopped, although there have already been many shootings since full-scale invasion, on charitable grounds. And if before the beginning of the invasion I had thoughts of leaving Ukraine and going abroad to friends or relatives, now there are absolutely none. My place is here, at home, and on the first day I felt that I had to stay and help. At first, it was just a group chat with people of our residential complex - they wrote what was needed. At the beginning I collected the pillows and blankets at home, the medicines that were there, and carried them where needed. The first few days, I stood in lines at pharmacies for hours, buying medicines for the elderly, and then delivering them by foot. Also, there is a military store near my house, so I started going there and buying what was asked of me. At a certain point, I talked to the guys from the "Azov" battalion and started buying ammunition for them. We did this together with Kateryna Kovalyova, we helped each other, because I live on the Left Bank of Kyiv, she lives on the Right Bank, and in the first weeks there was almost no communication between them, so we coordinated our joint efforts. One day she said - we need to create a charity foundation so that we can officially receive humanitarian aid and cooperate with foreign organizations and volunteers. I can't imagine how this fragile and tender woman managed it and continues to manage it, but we began to receive whole truckloads of aid from England and other countries and distribute it to those in our care. 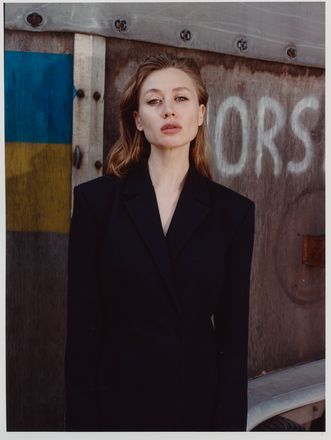 Our foundation never had a narrow “specialization”, so we help everyone - military, civilians, displaced persons, and also various animal shelters. When I started volunteering, people started sending me information about those in need of help, and at a certain point there were a lot of messages about horses at the Kyiv Hippodrome. That's how I got in touch with Anatoly Levytsky - he is a doctor, he has worked at the racetrack all his life, his stable takes care of more than 50 horses. Many people who left the country left their horses here, because it is extremely difficult to relocate them. Anatoly told me that they had food at that time, because everything for the horses was bought three months in advance, but there was not enough sawdust - that's what the horses stand on. It was still very cold then, and without sawdust the horses got cold and started to fall ill. He also told me what kind of sawdust is needed, how and where to find it, and this marked the beginning of helping the horses. At that time, the highways were blocked, the sawmills were closed, because there were active hostilities in the Kyiv region and in the north of the country as a whole. But somewhere in the Zhytomyr region, we found sawdust, then a truck, money for fuel - 12 thousand hryvnias, and thus brought 60 tons of sawdust. Then people from the neighboring stable approached me - their situation was much more difficult, there was not enough sawdust and food, and then we brought another 20 tons of sawdust, then a lot of carrots, which were also difficult to find, because the supermarkets were almost empty. Now, fortunately, their situation is significantly better and they do not need our help.

About friends at the front lines

I have a cousin out there, many old friends, and thanks to volunteer activities - many new ones as well. It is very difficult there. Personally, I get a lot of energy when I talk to those who are at the front lines, because if they keep their spirits high, then how dare we not to do so here, in the rear. And I thank them for every morning, for every cup of coffee we drink. Those who go to fight have a completely different attitude to life, they have a special army humor. And in general, they are very cheerful, very cool, they are not allowed to crumble out there, it is absolutely impossible to do that. I have many girls I know now in the war as well, and it is very difficult for them there. It is not rainbows and unicorns at the front, war is not only about heroic deeds and feats, but also a lot of everyday complex things that also undermine the health of the military.

The most beautiful thing that can be about a person is a big heart and kindness, I have seen proof of it once again. After all, now I communicate with people from completely different fields of activity, which are not related in any way to my work as a makeup artist or to the beauty industry, and I think every time - how beautiful they all are. At this point personally I do not pay attention to my appearance at all, it is not important and does not upset me. I don't even really have time to get my nails done or any hair treatment. In the first months, I was in military uniform almost all the time - that's how it was simpler and more convenient, when there were many roadblocks in Kyiv. Now I also wear either uniforms or something simple and comfortable. There was one time when I put on something nice for a meeting with friends, turned the music on, and thought - how cool our lives were before all this. And one day, being emotional, I bought myself a dress and high-heeled shoes. I twirled in it in front of the mirror, sent the photo to my friends, received many compliments - and changed back into the uniform. 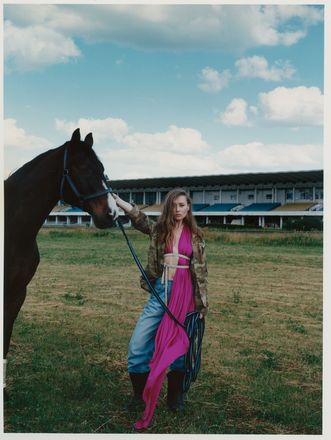 I wake up to loud explosions, run out of the house at 5 in the morning and a rocket flies right above me. My cousin at the military taught me - if something flies, don't run anywhere, just fall down and cover your head. And now I hear this whistle of a rocket, not knowing yet that it is a rocket, and I fall to the ground. I see how everyone is running away with their suitcases, but I have this clear understanding that I don't want to go anywhere. Then I think that I should take my friends to stay with me, stay together, and for the first 12 days, the six of us live at my place.

I can remember three darkest moments. One of them was when our troops entered Bucha. I felt very bad from seeing those horrors, which urged me to watch less news, because I am constantly involved in all of it anyway. That day I even lit a candle, it was so painful and dark, I felt as if I had eaten poison. Then, when my friend was killed, I went to the bathroom, sobbed, screamed... then wiped my tears and went back, because I had to do something further. And when my cousin, a soldier, was leaving Volnovakha - all of his unit wes killed, but for him and one other guy. It took me two days to convince them to leave that place. My friends then explained to me that I shouldn't cry and get hysterical, but on the contrary - I must pull myself together and raise his fighting spirit, so that he doesn't lose the meaning of life and keeps fighting for it. We got them out of there, they left on foot, my brother spent a few days resting and went back to fight again.

It helps when we receive a lot of thanks from people, sometimes with tears, usually with smiles. No exaggeration here, it is what inspires us to work even harder, because it always seems that you have not done enough. In the first weeks, we were literally saving lives, for example, people who have no thyroid gland and are in vital need of thyroxine - we found it, which was a big challenge, and just pulled them out of hell, it was very uplifting to us. And my brother, who is at the front, helps a lot, as he takes everything very lightly, regardless of where he is now. I talk to him and immediately feel relieved, because I have no idea how he can bear so much. Compared to him, everything is cool with me so I can't stop doing what I am doing, I can’t give up. We will rest when all this ends with our victory.