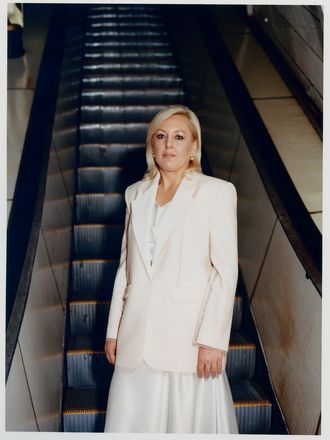 Lesya Ivanivna Snigur is the head of the "Lukyanivska" station of the Kyiv subway, which has become a refuge for thousands of Kyivites since the beginning of the full-scale invasion. There, people hid and are still hiding from missile attacks, as the metro is the most reliable bomb shelter. Lesya Ivanivna told us about the humanity, mutual support and warmth that reigned in the subway in the first weeks and months after February 24.

I was born in the Kyiv region, in the city of Fastiv. My parents and grandfathers always worked on the railway, and although they took me to work with them only once, I wanted to continue this family tradition - so I enrolled in the Kyiv Technical School of Railway Transport. When it was time to choose between the railway and the subway, I chose the latter, because I was interested in learning how this great mechanism works from the inside. That's how I started my career there, first as an operator at the "Maidan Nezalezhnosti" station, then as an on-duty operator, consequently moving to the position of chief of the "Lukyanivska" station in 2008. My main duties are to control station employees and traffic service. Every morning begins with an inspection of the station - I check whether there are any defects and if there’s a need for repairs, I also send requests to the relevant services. Then there is work with the personnel - I check how their shift went, I look at their logs, control what assignments were performed. Conflict situations with passengers, which happen from time to time, must also be resolved by the head of the station.

About her work during the war

The first month I actually lived in the subway. I simply could not afford to go home, and not because there was almost no public transport. I felt my responsibility for all the people at the station - for the workers and for those who found shelter there. In the first days, we had up to 800 people at the station, including children and the elderly, people with pets... They were there around the clock. Then those who lived nearby began to go home and return to spend the night at the station, because it felt safer for them to do it this way. Now they don't spend the night, but when rocket attacks on Ukrainian cities became more frequent yet again, more people started coming to the station during air raid alerts.

As subway workers, we’ve all been trained, which gave us an understanding of how to act during various types of emergency situations. Every year, we all take classes in civil protection, where we fully practice all actions for various cases, what to do, for example, during a fire or in case of a radiation alarm. This helped us a lot to act effectively during the most difficult first weeks. 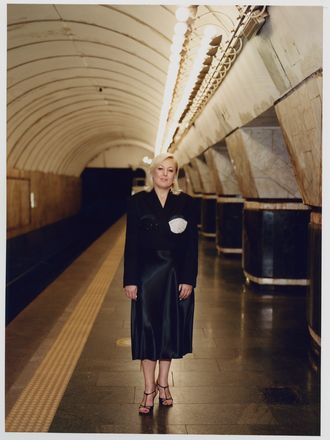 About life in the subway

I was stunned with the beautiful way people helped and supported each other while staying in the underground shelter. Strangers got to know each other, helped each other, including us, because we, for example, did not have enough cleaners - there was only one, and the station has a toilet and sanitary facilities that need to be cleaned, especially considering the number of people. Very quickly people began to get sick - sitting on cold marble days and nights is not easy, and it was the end of February and the beginning of March, which is a very cold time of the year. We didn't even have tea then, only boiling water, so my team and I got everything from our own stocks and tried to share what we had with people. When the grocery stores were closed in the early days, people on the platform didn't even have anything to eat... Everyone shared everything with everyone. Then volunteers started to provide help. We found bread and lard somewhere, started making sandwiches together with a colleague, and I just bursted into tears, realizing the conditions that were forced upon us. We lived peacefully, but now we had to hide in the subway. And on my birthday, March 13, when it was impossible to get anything sweet, my colleagues somehow made me a cake out of cookies and yogurt, found candles, and all the passengers at the station congratulated me - it was very nice. It might sound strange, but it was one of my best birthdays ever – being surrounded with so many wonderful human beings made it feel very special.

For me, the most important thing is the inner, spiritual beauty, which is manifested in actions, small details, behavior, in how much more humane we have all become. I just feel proud of our people, because we have such beautiful souls. And lately I haven't had time to think about external beauty, neither my own nor others’, because it's not the most important thing right now.

At 5 in the morning, my friend called me and said that the war had started. I couldn't believe it because I didn't hear any explosions. Already at 7am I went outside, heard the sound of sirens, and everything inside me turned upside down, that’s how scared I was... I saw people running to the subway station with their belongings, suitcases, with children and pets. It is impossible to convey what I felt then. Then I had a choice - either go home to Fastiv, or stay at work. I told my family that I was staying, that I made the decision to be here, to support my colleagues, because I felt responsible for all these people. I simply could not leave them, and my loved ones understood me.

It got the most difficult on March 15, when at 5 in the morning a missile struck an infrastructural facility near the “Lukyanivska” metro station. At that moment, I was in my office, and the ceiling just collapsed right over my head. It was shocking enough, but then I just realized that there were a lot of workers at the station, and my first thought was - if only they were all alive. I couldn't find my phone for a long time to reassure my loved ones that I was alive and well. Of course, we survived it all, cleaned it up, but at that moment it was very difficult.

The support of my family, friends, colleagues, their calls, the gratitude I see from passengers helps me a lot - these are all very bright moments in life. Ukrainians are fantastic, we cannot be broken, our faith cannot be broken. I know that victory will be ours.