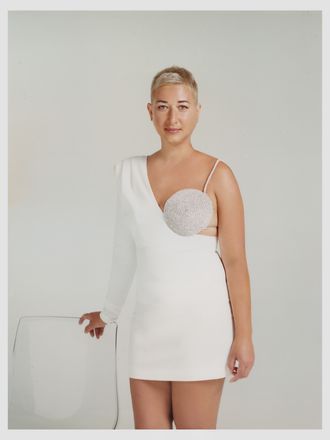 Dariia Anisimova is a combat medic, serving in the ranks of the Armed Forces of Ukraine. In March, the photo of Dariia and her co-workers has shaken the world - then these women were captured by the russian army, and as a form of moral pressure, the occupiers shaved their heads bold. Yet they failed to break the fighting spirit of the brave Ukrainian women, who luckily have already been released from captivity. We managed to talk with Dariia shortly before her return to service in the ranks of the Armed Forces.

I was born in Ukraine, this is my God-given land. I live in Kyiv just like my parents. Most of my family are doctors: grandparents and great-grandparents too. My great-grandmother was a colonel of the medical service during the Second World War. Once, when I was still a little girl, my great-grandmother told me that I am very kind, so I should help people. So, after the 9th grade, my parents insisted that I enter the Kyiv Medical College. I was a very lively girl, and I didn't finish college the first time, but when I did, the dean convinced me to study longer to get a paramedic specialty. After graduation, I did not want to work under the supervision of relatives, so I decided to start working in the emergency room. Since all doctors have to get a military card, I went to the military office, and the officer who talked to me said that my place was in the army. What is interesting is that he had no idea about my grandmother and the family as a whole. This is how my service began - first in the regiment of the President of Ukraine, where I served until May 2021 before being transferred to my current brigade.

About work during the war

Now I hold the position of chief of a medical station of a certain military unit. Before the start of the full-scale invasion, this unit did not take part in any battles. Of course, there were individual officials with such experience, but not many. Before February 24, I’ve already been to the ATO zone [areas of East of Ukraine temporarily occupied by russia since war started in 2014 - M.M.] in 2017. Then I was more in the rear, in relative safety, but I worked with guys who had already experienced the heavy battles in Ilovaisk and Debaltsevo. Emotionally, it was difficult to get used to. A month before the start of the invasion, I decided that I wanted some change. I was transferred to the brigade that was stationed in the Kyiv suburbs. When I got there, I realized that everything that happened to me during my life led me there. There I found myself in my place, exactly when I was needed there.

Already on February 26, our military unit was practically surrounded. Gostomel, Bucha, Irpin - we heard what was happening and where, where the convoys went, plus all the aircrafts were flying above our heads. They got to us on March 7. They found us and began to fire at us. Our guys did a really great job, because they all got involved literally in the first 2-3 days, without long explanations of what needs to be done. It was clear to everyone - you have to defend yourself and people around you. It was difficult when I realized that I would have problems with medical supplies because I had just accepted the position, and I had not yet had time to stock all the medications needed. I am very grateful to our people and volunteers, they helped a lot. They brought as much as possible once they had the opportunity. When there was nothing left to eat for us, the local people, as long as they could reach us, brought us food, canned food, dumplings, and sweets in wheelbarrows. On March 19, I even miraculously managed to evacuate a seriously injured boy with the help of volunteers. And already on March 20, at 6:30 in the morning, our military unit was completely surrounded. The fight lasted 8 hours, the guys did everything possible for 100%. Unfortunately, there were losses, and then we were captured. 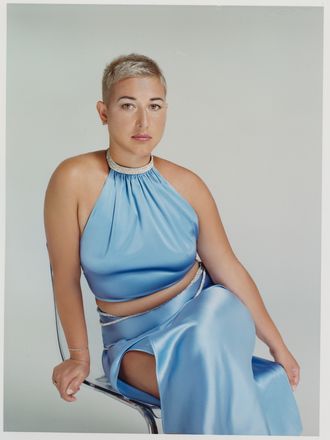 When we were taken prisoner, we were first taken to Belarus, and after a few days - to russia, to a pre-trial detention center in the Bryansk region. They immediately shaved us there. It was a very difficult moment for our boys, they did not understand why they shaved us, they asked about it all the time. They were very worried. With this shaving, the occupiers wanted to humiliate us, to hurt us. But it didn't work out for them. Before us, and after us, no one has gotten shaved, as far as we know, because the media put a lot of emphasis on it. And we know that nobody shaves girls anymore. It was just some sort of an experiment. At that moment, we lived one day at a time, not knowing whether we would even wake up in the morning or whether we would be able to live another hour. So when I was captured, they definitely couldn't make me feel worse than I already was by shaving. While we were still in the military unit, the girls all braided their hair, because it was impossible to wash it. And when they did cut it off, to be honest I was actually even pleased, because the hair was already very dirty - I could hardly restrain myself from smiling with relief.

We stayed in captivity for 10 days. I was in the same cell with two other girls, what was happening to the other four - we did not know and did not see them until the moment we were taken to the exchange of prisoners. And we also did not know that there would be an exchange. Then, in the cell, it was very difficult. I cried a lot, Annushka read me her poems, we cried ourselves to sleep and just hoped that the new day would bring some good news. I was most worried about the fact that I did not call my husband and child on March 20, even though I promised. We talked almost every day, but I didn't tell him how difficult the situation was. The thought that I would not return home and my child would grow up without me was very painful.

I am very grateful to my husband, especially keeping in mind that he’s a civil person. He was at home all this time taking care of our child. It was very difficult for him, it was very difficult for me to communicate with him every time, because I saw that he was barely carrying on and keeping it together. He also joined the territorial defense and did as much as possible. He could not come to terms with the fact that he had no military experience, and therefore he was not accepted anywhere, although he was very eager to be. I said that one military member in the family is enough, someone should stay with the child, this is our big mission, and it rests upon his shoulders. I am grateful that he found the right words to explain to the child what was happening when I was captured. He said to her that mom is alive and she will return one day and everything will be fine. And then, when I had my first conversation with our kid on the phone after the exchange of prisoners, I realized that mentally she had already said goodbye, closed herself off, and did not believe that I would return. It was some form of a protective mechanism. But after half an hour I called again. I told her that I had been shaved, and that it was not as scary as I thought - because my Marusya wanted to shave her head, and I wouldn't let her. She was delighted by my words (laughs) that I’d allow it to her now. Although she doesn't want to shave her head anymore.

The beauty of a person lies in their soul. By the way, I am very grateful to my family for this thought. Despite my character and my behavior from time to time, they nurtured my soul and spirit just as they have in every member of our family. We have a lot of girls in our family, and they all had to get a musical education, this was the instruction of my great-grandmother. I have known the Moonlight Sonata since I was a child, I graduated from a musical school in the piano class - although I did not particularly enjoy it back then. Yet years after, I sometimes just want to sit down and play from time to time, just for myself, to enjoy it a bit.

I was woken up by my kid - she woke up from the explosions, and I did not believe her at first. But then I called the guys from my military unit - they were also awake, and everything became clear to me. Then I started packing quickly because I had to get to the location of our unit as soon as possible. At 6 o'clock in the morning I was already near the subway - the woman at the entrance asked me to wear a mask. It took a long time to get there, but people, seeing that I was in military uniform, helped me - gave me a ride along the highway. I got to the location by afternoon, and there I was told to be in full armor all the time - in a bulletproof vest, with a helmet and a bag.

On March 20, when my colleagues from the unit were killed, when I was unable to get out, there was so much shelling, from tanks, artillery was working. I was in the shelter, and the guys just wouldn't let me out, wouldn’t let me run to those who were closest to me, I wanted to save them, that's the worst thing that I... I lost people, I couldn't help them.